Amec Foster Wheeler has recently been purchased by Wood who are both global leaders in the delivery of project engineering and technical services to energy and industrial markets. They operate in more than 60 countries, employing around 55,000 people, with revenues of around $10 billion. They provide performance-driven solutions throughout the asset life cycle, from concept to decommissioning across a broad range of industrial markets, including the upstream, midstream and downstream oil & gas, power & process, environment and infrastructure, clean energy, mining, nuclear, and general industrial sectors.

Amec / Foster / Wheeler won a Shell Brunei Project in early 2017 and contacted Rift Safety Gear to quote on a range of High End Work Wear, Marine Equipment, Safety Footwear & PPE, for 500 Staff Members who were being deployed Offshore on the 1st March 2018.

It was mentioned that the main contractor being Shell Brunei, would have to pass all Safety Products submitted by Rift to Amec before any purchase could be made, and that all Products received must be fully complaint to all Global Safety Standards with Safety Standards documentation to match the Products.

After months of work submitting 50 Products for Amec’s and Shell’s approval, Jason Anderson (COO) and Michael Langtree (CEO) flew to Brunei to meet and with the Amec Team and showcase the range of Safety Products they had put together over the past 6 months.

Rift Safety Gear choose to design and manufacture fair more superior Safety Garments and PPE to what was usually purchased by Amec, which was also under budget.

1 PRODUCT SOLUTION OUT OF 50 PRODUCTS

Rift Safety Gear partnered up with a Marine Company with over 30 years experience in manufacturing Offshore Marine Safety Products. 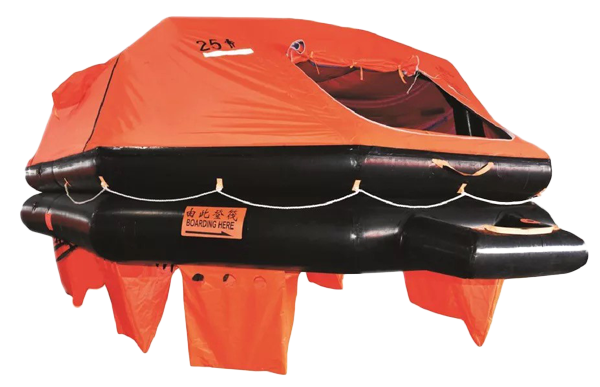 By Amec purchasing all Safety Products from one trusted manufacturing label like Rift Safety Gear, we saved our client in excess of $300US K in 1 order.

Schlumberger approached Rift seeking the design and supply of a lightweight fire resistant / anti-static coverall appropriate for their PNG operations. The brief comprised a coverall able to cope with the tropical conditions encountered by their workforce, incorporating FRAS properties as well as insect repellence.

Our COO at Rift liaised with several high-end factories and collaboratively developed a design that met Schlumberger’s specifications and was appropriate for their working environment and safety standard requirements.

Two months after its initial supply to Schlumberger, the lightweight coverall designed by Rift has been embraced by their PNG workforce. We were able to provide the utmost comfort necessary for working in the tropical climate while also fulfilling the relevant safety standards.

The ExxonMobil Corporation is an American multinational oil and gas corporation headquartered in Irving, Texas. With 37 oil refineries in 21 countries, ExxonMobil is the largest refiner in the world, and their operations include the PNG LNG project which is an LNG development with gas production and processing facilities in the Hela, Southern Highlands and Western Provinces of PNG.

ExxonMobil contacted Rift requiring a lightweight FRAS highly waterproof 4-in-1 jacket to suit their working conditions in PNG. They indicated that given the high amount of rainfall in PNG, the FRAS jacket must have excellent waterproof properties. 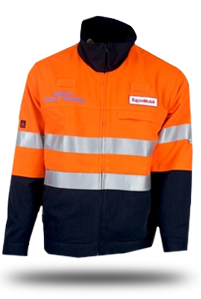 Rift’s garments were designed and manufactured to meet ExxonMobil’s safety standards and to well exceed Australian safety standards. We provided a customised solution congruent with Exxonmobil’s request for a FRAS wet weather 10000wp/10000mm 4-in-1 protective jacket that ensures workers remain cool and dry while working in these challenging tropical conditions.

In Australia, the Conoco Phillips portfolio includes the Darwin Liquefied Natural Gas (LNG) facility in the Northern Territory and the Australia Pacific LNG facility in Queensland, as well as exploration and appraisal projects offshore from Australia including the Greater Poseidon, Caldita-Barossa and Greater Sunrise fields.

Conoco Phillips approached Rift Safety Gear to review their current safety garment needs for the Australia Pacific LNG Gladstone Pipeline project. Once completed, the project will transport gas from coal seam gas fields in the Bowen-Surat basins near Wandoan in central Queensland to the LNG processing facility at Curtis Island near Gladstone. The brief comprised a request for an upgrade of their current workwear to a work jacket that offered greater wearer comfort for the Queensland weather and working conditions. Submitted designs were to be suitable for wet weather, lightweight, breathable, warm at night and compliant to global safety standards for the oil and gas industry.

All workwear was designed and manufactured in accordance with Conoco Phillips’ internal safety standards and with all relevant Australian Safety Standards, AS/NZS:2755.1985, ASNZS:1020:1995, AS/NZS:4602.1.2011.

The design incorporated all features that were specific to the requirements of the Conoco Phillips workforce operating in this particular geographical location, namely a FRAS wet weather protective jacket that also prioritised comfort to accommodate challenging weather conditions.

Wild Desert Oil and Gas Field Services are a well servicing company based in Roma, Queensland. Established in 2005, the company has grown to incorporate well servicing rigs, logistic services, rig camps and an equipment fabrication and maintenance workshop.

240gsm FRAS 100% cotton, 2 YKK nylon zipper chest pockets, one ID window on the front pocket, one leg pocket, YKK nylon main zipper with storm flap, 3M 9587 FR Scotchlite™ yellow/silver/yellow reflector tape around the arms, legs, waist, chest and across the back, one back pocket, buttoned cuffs, ventilation running down the back and under the armpits.

Rift approached Wild Desert to determine whether their procurement needs were being met by their current workwear supplier. The company indicated that their uniform presently comprised shirts and trousers and that they were also seeking FRAS coveralls for various forthcoming projects. They requested that their workwear be upgraded to incorporate modern technology and to provide enhanced comfort, reliability and safety that matched their working conditions.

These coveralls were designed and manufactured to fulfil Wild Desert’s safety standards and requirements. The end product was a great-looking custom design for a company seeking to stand out from the crowd.

These coveralls were designed and manufactured to meet Wild Desert’s safety standards and requirements. A great-looking custom design for a company wanting to stand out from the crowd.

QGC is a leading natural gas explorer and producer that is presently establishing the world’s first project to convert gas from coal seams into liquefied natural gas, the Queensland Curtis LNG (QCLNG). The QCLNG involves the expansion of QGC’s gas production in the Surat Basin of southern Queensland, construction of a 540km underground pipeline to Gladstone and the building of a plant to liquefy the gas on Curtis Island, near Gladstone.

QGC contacted Rift seeking a lightweight FRAS waterproof jacket for their tropical working conditions. QGC also requested that this garment be appropriate for use during cool winter nights.

Rift’s garment was designed to meet QGC safety standards and to well exceed the relevant Australian safety standards. The design was also custom manufactured to incorporate QGC’s specific requirements for a FRAS wet weather protective jacket that keeps workers cool during the day and warm throughout the night. 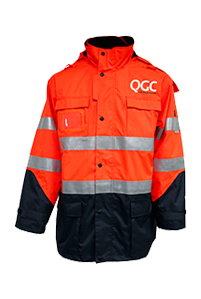 Savanna Energy is a global leader in energy services, offering drilling, well servicing, and oilfield rentals. With a fleet of almost 100 drilling rigs, and 80 well service rigs, Savanna Energy has expanded into major markets across the United States, Western Canada and Queensland, Australia.

These coveralls were designed and manufactured to meet Savanna Energy’s safety standards and Australian safety standards while also ensuring staff comfort levels in the extreme daytime heat of outback Queensland.

Programmed Marine is a leading provider of manning, catering, maintenance and logistics support to the offshore oil and gas sector.
Working across Australia and New Zealand as well as internationally, they specialise in providing offshore personnel and logistics solutions.
Programmed supports vessel and marine activities, drilling/rig operations, offshore construction projects and on-going maintenance, catering and other auxiliary functions, onshore and offshore. They maintain a network of international offices, with services available worldwide.

Programmed submitted a specification sheet indicating that their coverall must be orange in colour, lightweight, breathable, and made from inherent material (as opposed to treated material). The coverall had to be HRC 1 compliant for all oil and gas global safety standards.

A sample coverall was then created to enable Programmed to trial this particular style of coverall to ensure that the final design surpassed their expectations.

The coverall Rift designed and created for Programmed Marine met their exact specifications. The trialling of the garment ensured that they were completely happy with the final product. We also provided documents and test reports for the fabric to demonstrate that it had been subject to laboratory testing.

Over the past 12 months, the same 195gsm inherent coverall has been purchased by two companies in the same offshore industry as Programmed Marine: Modec and Brunel.

Rift is now also providing support to Programmed’s client base with respect to various contracts which will require fire-inherent apparel for offshore projects.

Continental were established in 1871 in Hanover as a manufacturer of soft rubber products, rubberised fabrics, and solid tyres of carriages and bicycles. As a result of early successes in development and production, they expanded into the production of automobile tyres and covering materials for aviation. During the mid-20th century they expanded into the production of steel cord conveyor belts, air spring trucks for trucks and buses, and belted tyres. In the 1990’s,

Continental Tyres in Malaysia approached Rift Safety Gear’s Asia office seeking a review of their current safety footwear. They indicated that they required safety footwear that offered enhanced wearer comfort and durability for their 3000 factory staff members working across three Continental factories in Malaysia. What they were currently wearing was an old, bulky leather design which was very uncomfortable after long hours on the factory floor. 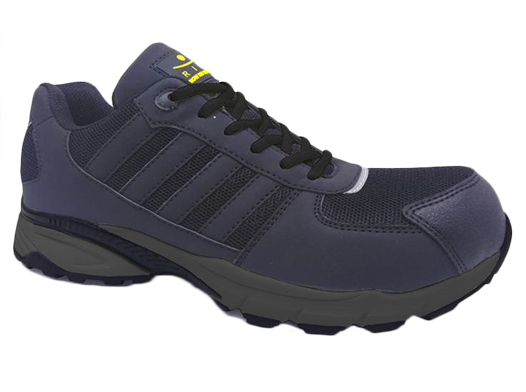 For the middle sole we selected a lightweight kevlar plate with a dual density EVA / rubber sole and mesh coated EVA insole. Eva is an elastomeric polymer that produces materials which are “rubber-like” in softness and flexibility.

After having rolled out the SF-017 we have since designed another safety shoe for Continental Tyres’ moulding areas which can withstand floor temperatures of 300+ degrees Celsius.

Both safety shoes were designed and manufactured to meet Continental Tyres’ safety standards, expectations and company budgets. After 12 months of extensive trials, Continental have been extremely impressed with Rift’s on-going service and ability to assist them in resolving a footwear issue that they have encountered for many years. 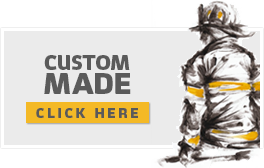